Berber Carpeting – The Pros and Cons

Berber carpet tends to be a popular choice among homeowners for its relatively low cost, long wear life and easy cleaning.

Most Berber carpeting that is found in homes these days is constructed from olefin fibers. Olefin is a fairly durable polypropylene fiber that is reasonably stain resistant and helps to resist damage from moisture. Since it is not as tough as nylon or wool, olefin Berber should not be installed in areas of the home that tend to get a lot of wear and tear and use. On the other hand, this type of carpeting does quite well in places that get more moisture, or in a child’s bedroom or toy room.

Olefin Berber is usually the most affordable form of Berber carpeting.

Of course, the cost can vary from manufacturer to manufacturer but in general, it is the least expensive. Olefin was originally invented back in the 1950’s and started to become a hit with homeowners about a decade later. Olefin is currently the most popular type of fiber for carpeting and is second only to nylon.  A lightweight and soft type of carpeting, olefin can handle being cleaned with commercial shampoos and even bleach. However, because it is an oil-based product, it can attract grease-based stains and may start to look shabby over time.

While olefin berber carpeting does tend to handle spills with ease, any liquids that end up on the carpet should be blotted up as soon as possible. In most cases, the liquids will go down the fibers and end up on the carpet backing. Blotting the stain will help to remove the liquid from the backing. This feature is one reason why olefin berber carpeting is such a popular choice for homes with children and/or a toy room or kid’s room. Parents don’t have to cry over spilled milk (or apple juice)—they can simply blot it up and the carpet should look as good as new.

Olefin is similar in many ways to polyester, and as a carpet fiber, it does tend to have some less than desirable qualities.

The most common complaint involves the carpet’s “crush-ability”—for example, instead of bouncing back like wool or even nylon carpet can do, high traffic areas will experience a bending down of the olefin Berber fibers. Unfortunately, once they have been crushed, they never truly get back to their original form. This phenomenon can cause the carpet to look dented or even dirty, due in part to the lighting casting shadows on the bent down areas. People who are rearranging their living or dining room also want to be careful with how they move their furniture; dragging it across the olefin Berber carpet fiber can cause it to appear to be scuffed due to the friction of the pieces being moved across the carpeting. 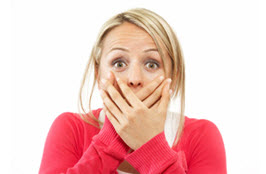 Our flooring prices will surprise you! 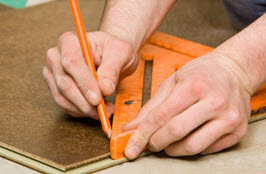 Learn more about our Installation Services 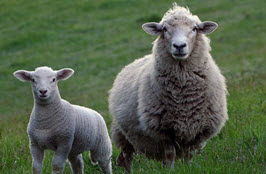 Information about anything and everything about flooring. 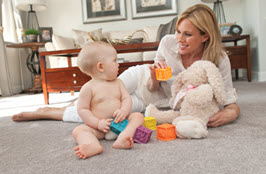 Please leave a review on Google or read all our reviews from around the web.